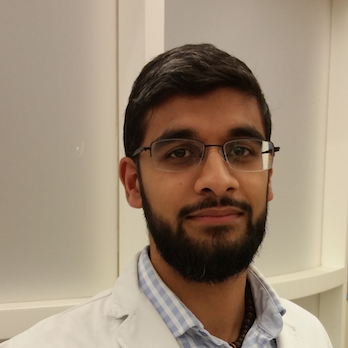 Azhar completed his internship at the Cambridge University Hospitals after obtaining a first class degree in a Master’s in Pharmacy.  At this point he had won multiple national pharmacy awards and been an advisor for two editions of the Medical Ethic and Practice (or MEP, which is the national published guidelines for practice in the UK).

Upon returning to Canada, he moved to Alberta where he trained, registered, obtained prescribing rights, and became a Certified Tobacco Educator.  In Alberta Azhar managed a few stores at Shoppers Drug Mart (Canada’s biggest franchise) to make them amongst top 10% for both total prescriptions and Clinical Pharmacy Services within the franchise in Alberta.

Additionally, Azhar precepted IPGs and local University of Alberta pharmacy students and acted as a consultant for the Alberta College of Pharmacy for Point of Care Testing & Virtual Pharmacy guidelines.

Furthermore, Azhar also opened his own independent pharmacy, which achieved above average prescription growth year after year, and participated in pilot COVID testing for Alberta, which then modelled for province wide and eventually cross provincial implementation.  This store also developed Canada’s first e-Pharmacy model (pre-covid), which highlighted its foresight during the pandemic.

In 2019, Azhar moved back to Toronto where he taught & precepted for the University of Toronto while working in community pharmacy.  At present Azhar is an OCP Appointed Committee Member & NAPRA consultant.

Use the search box to find the product you are looking for.